“Repubblica popolare di Bolzano” (translated to People’s Republic of Bolzano) is a data visualization and visual journalism project. The project was born in order to show to the local community of Bolzano/Bozen, Italy, who are the members of the Chinese community of the city, and what they think about the cultural settings of Bolzano/Bozen and Italy. The project aims to overcome the commonplaces and prejudices, which are usually associated with the Chinese community. 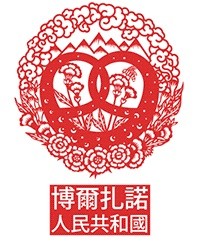 By employing a statistical-based investigation, relying on official data from the local government, together with a qualitative investigation based on video interviews, the project shows that Bolzano/Bozen is actually not being invaded by Chinese people. This is in contrast with the common belief of the local population of the city and the mass media. We are assisting to a small-scale migration of Chinese people in the city, who are not at all creating a ghetto in the city. Instead, the Chinese community of Bolzano/Bozen is integrating with the city, despite of the slight issues that arise when meeting Italian and German (Austrian)-like cultures.

The multimedia project is the result of the collaboration between researchers of the Free University of Bolzano-Bozen coming from the Faculty of Design & Arts and Computer Science, a cultural anthropologist, a photographer, and a journalist. The project is divided into a journalistic enquiry, infographics, and a website with animated graphs, maps, and video shoots.

It has been a pleasure for me to collaborate to this project, and I invite you to visit the website, http://repubblicapopolaredibolzano.it (currently in Italian and German only).